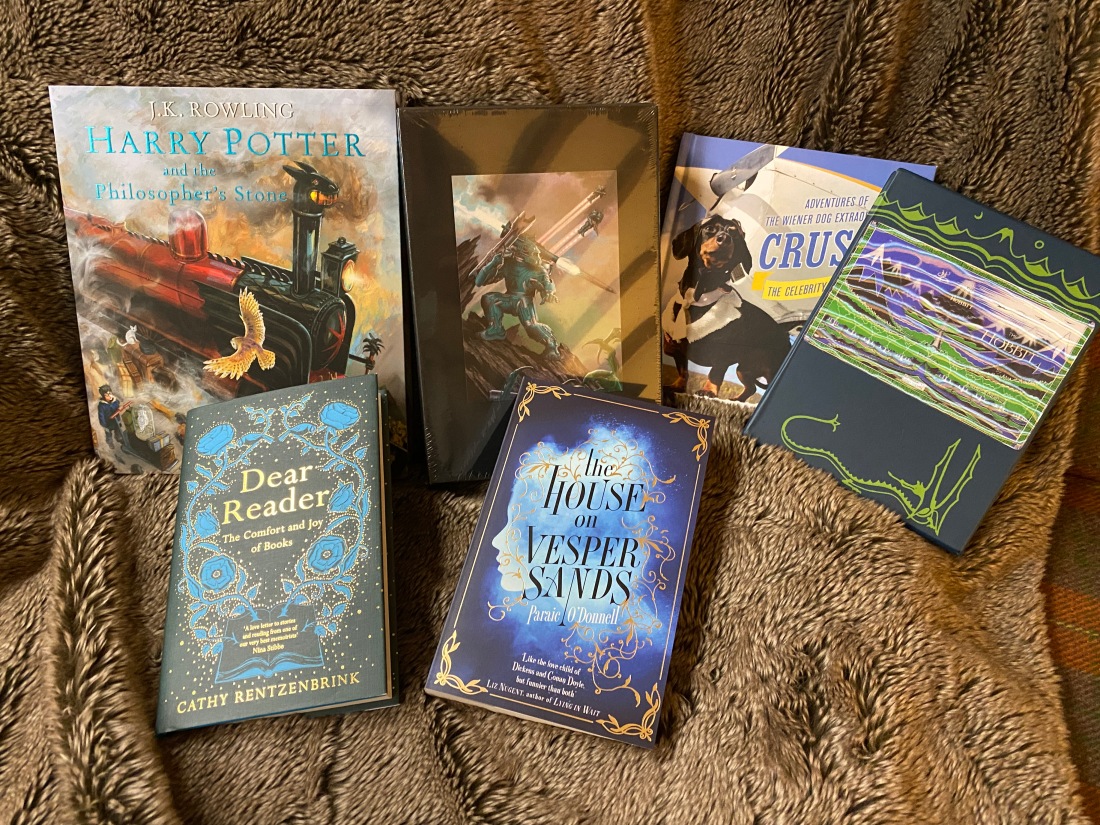 So this week was my birthday and I had a lovely day and was thoroughly spoiled by my husband. I was also very lucky to have some birthday books off friends and family..

Here are my birthday books! 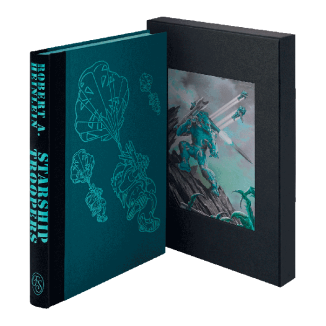 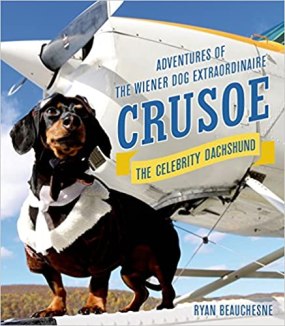 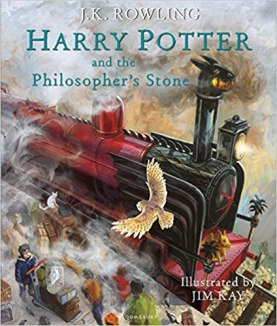 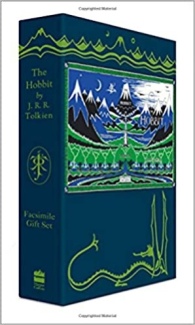 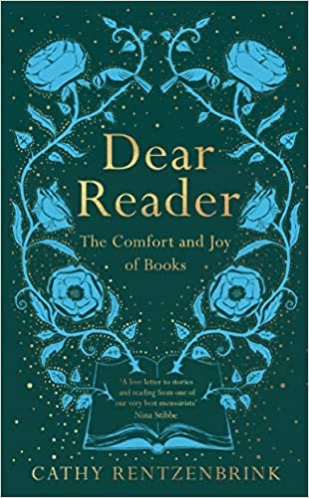 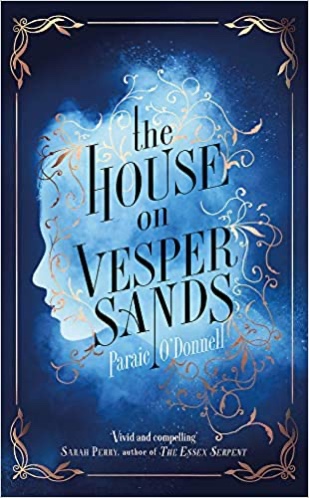 Starship Troopers by Robert A. Heinlein

The House on Vesper Sands by Paraic O’Donnell

Harry Potter and the Philosopher’s Stone by J. K. Rowling

I can’t wait to start reading all these fabulous books. 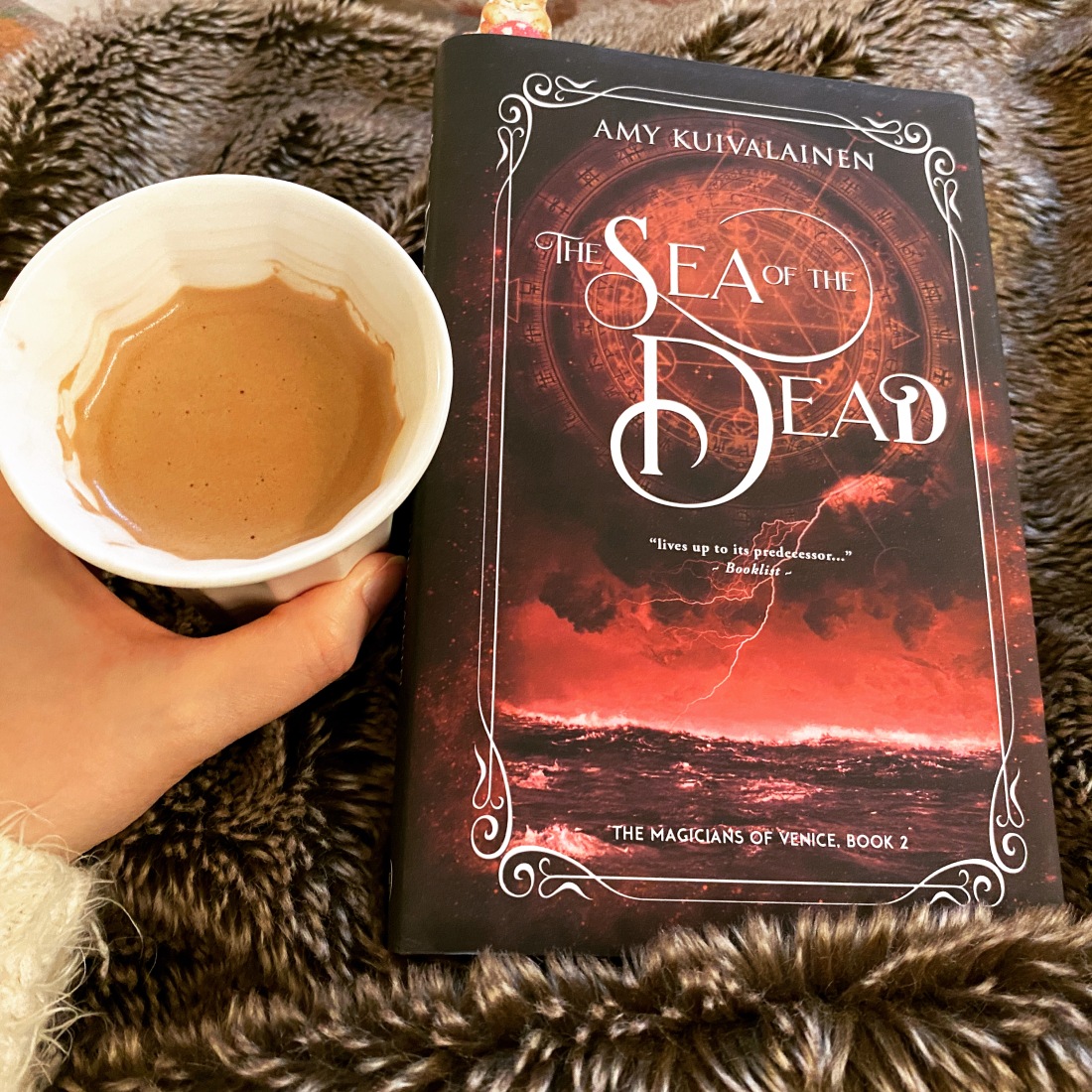 This week has been my birthday week and I decided to take a week off from teaching for the first time since April so it has been a lovely week so far.

A birthday book haul post will be appearing soon.

This week we went to some English Heritage places and thankfully the weather was wonderful. I also got some good Pokemon Go playing in as well. 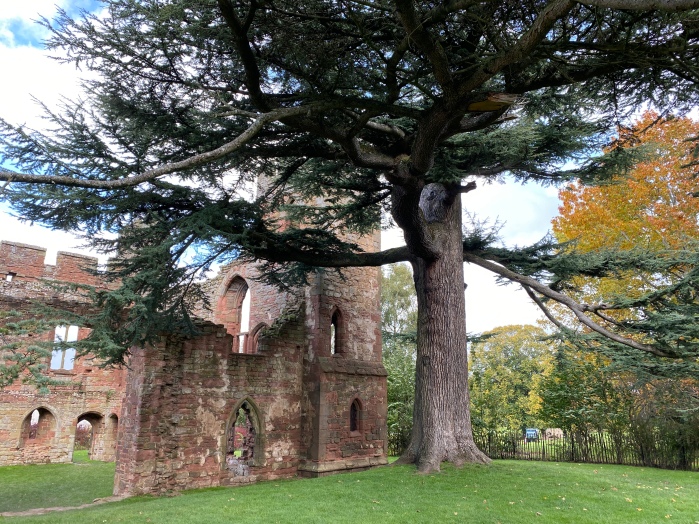 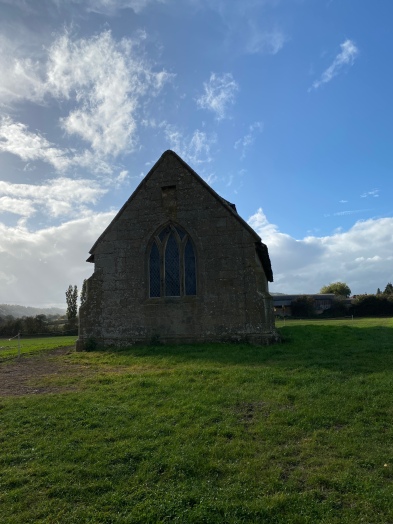 Obviously there were some birthday celebrations that involved a little treat which is my all time favourite drink. 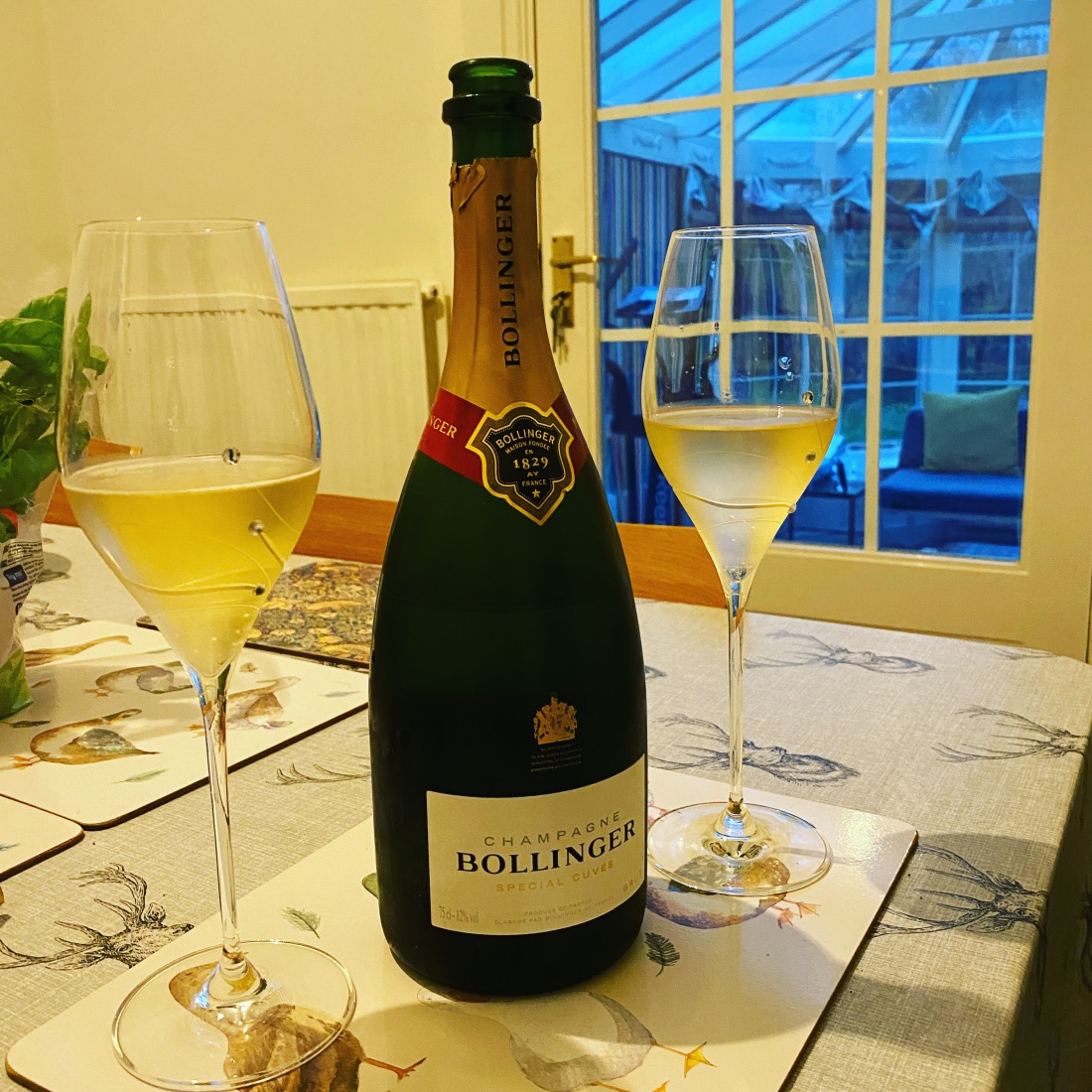 For my birthday I had a Hotel Chocolat Velvetiser and so this has meant some amazing hot chocolates to curl up and read with. So far we have tried salted caramel and hazelnut praline.

Another present I had was a crochet pattern and the wool and hook to go with it which my sister gave me. I haven’t done any crochet since I was at uni so this has been a shock to the system. The wool is beautifully soft to work with which is an added bonus. The pattern is for a cowl but at the moment it looks like a beret so this might need to be looked at again, it was all going so well! 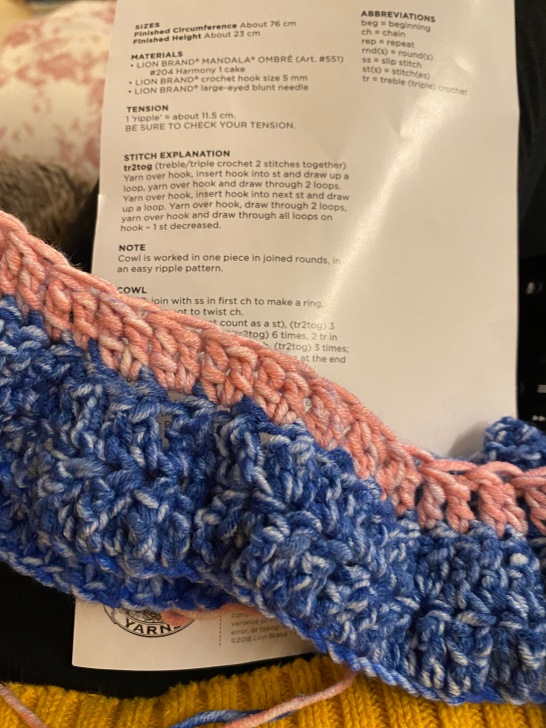 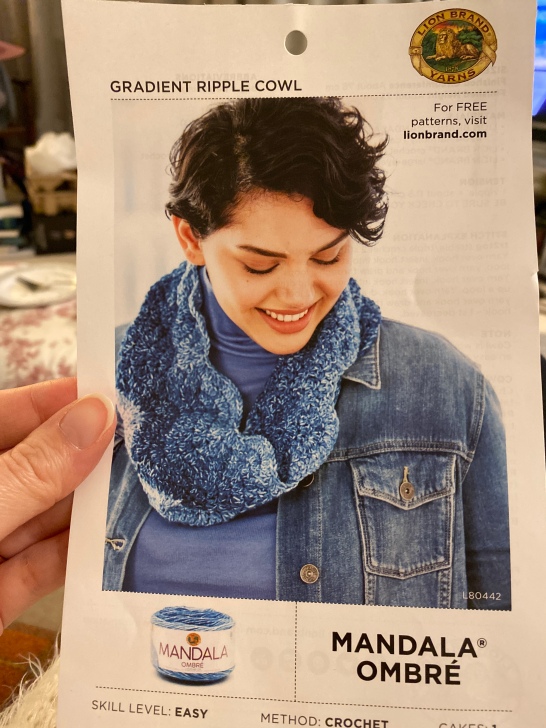 I have still been studying this week as well but it has been nice to have a break from teaching. 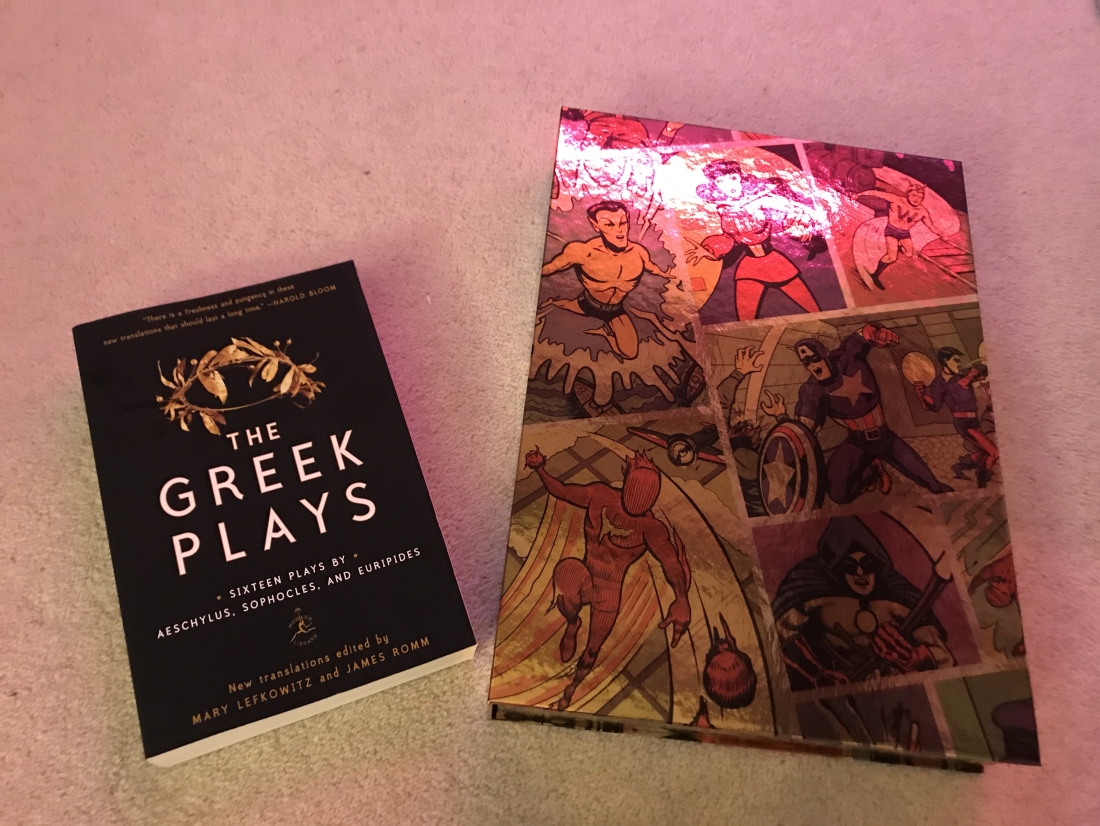 So on Sunday I had a birthday and of course I had a few books and one of these books I was very excited about as I had been dropping subtle hints to my husband for this book for quite a while.

So I had three books and one very pretty notebook. 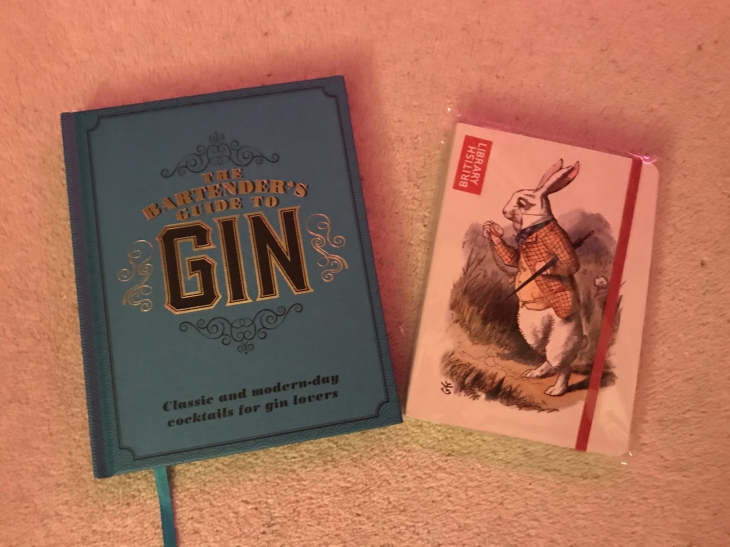 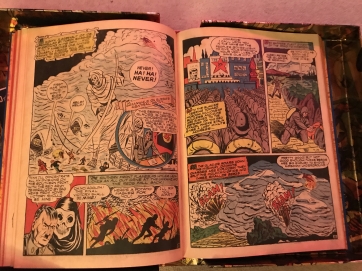 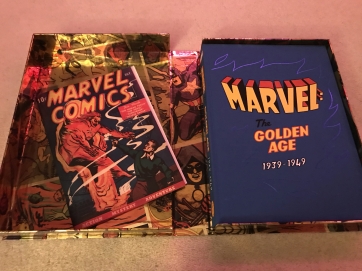 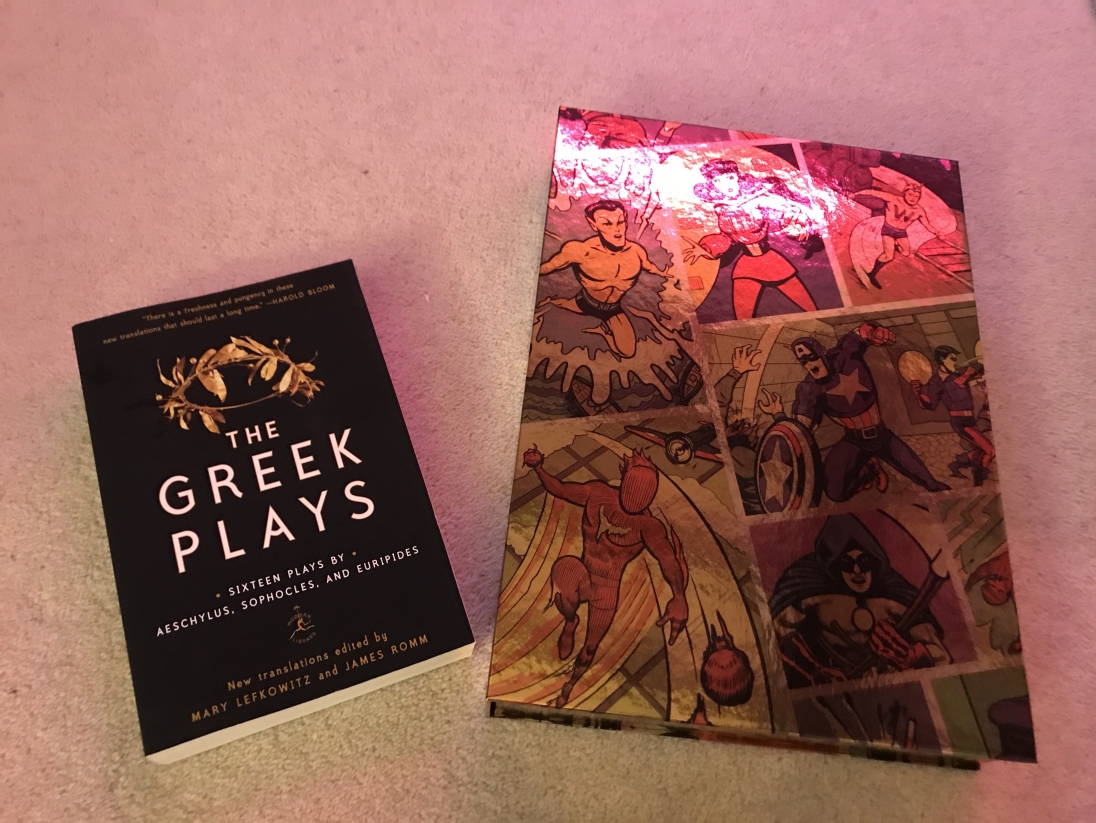 The Greek Plays by Aeschylus, Sophocles, and Euripides.

The Bartender’s Guide to Gin

So the book I had been dropping many hints about was the Marvel Golden Age book by The Folio Society, I love all things Folio and when I saw this book I knew I wanted it and so the hints began. I was very happy that I had it for my birthday as I just love all things comic book and Marvel.

The Greek Plays has been on my wish list for a while so I was really pleased to also get this book for my birthday, hopefully it might help with my Masters.

My brother got me the gin book and so far I have tried two of the recipes and they have been excellent!

The notebook is very pretty but I haven’t decided yet what to use it for. I always like to plan what I will use a notebook for before using, as I do not want to ruin it by putting rubbish in it.

So that is my birthday book haul. 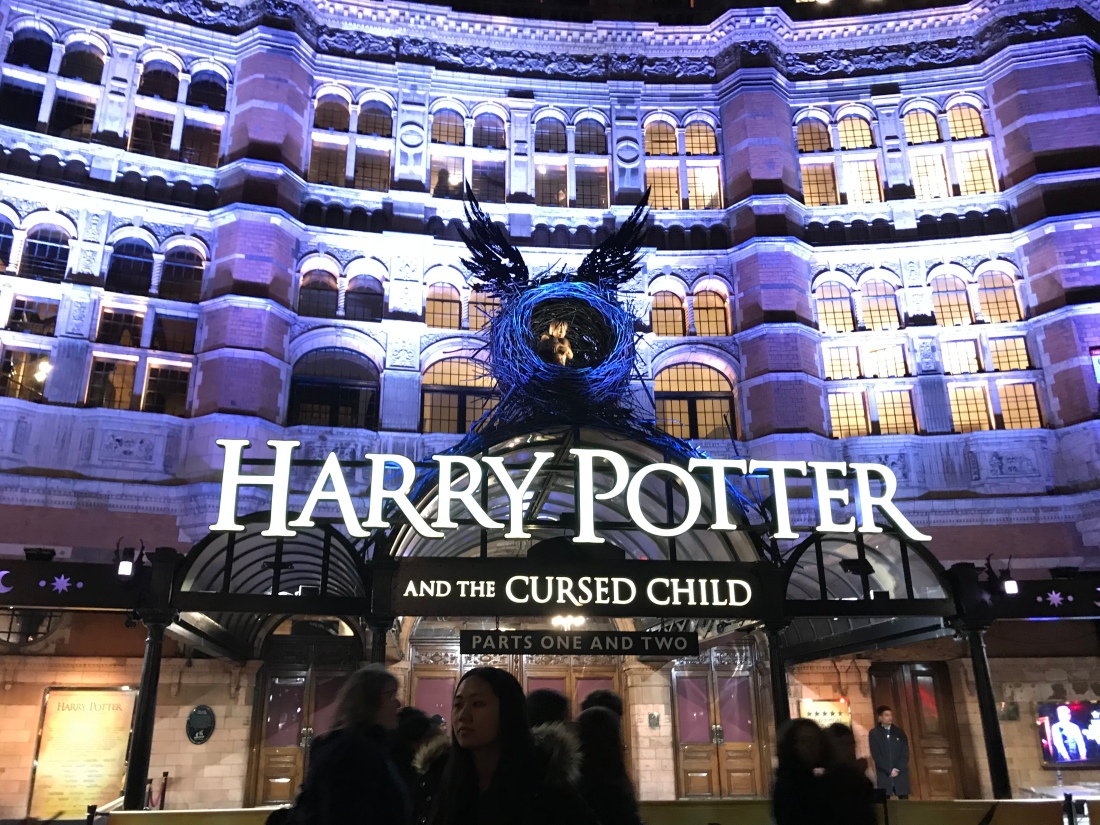 For my birthday my wonderful husband bought us both tickets to see The Cursed Child parts 1 & 2 with a one night stay in a very posh hotel.

So this weekend found us both in London at the Palace Theatre.

I remember reading the script as soon as the book came out in 2016 after waiting and waiting for the book to arrive. I will be honest the story was a slight disappointment however the actual play was amazing! On Goodreads I only rated the book as 2 stars, my husband gave the same rating. 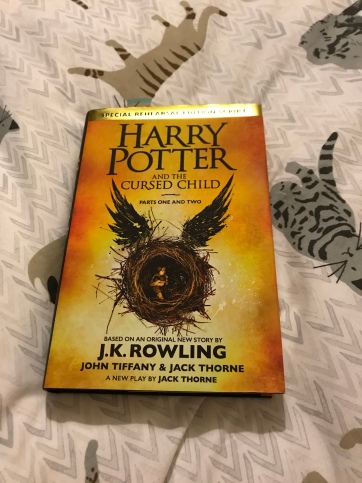 I am so pleased the script did not put me off as I would have missed out on an amazing stage production.

The first thing that struck me was the amazing stage effects, how they did all the magic was just wonderful and the choreography that went with it was the icing on the cake. The second part was the music, there was no hint of the music from all the Harry Potter films in it. The music stood on its own and was just stunning, it really helped back and move the storyline forward. The only thing I would say is that sometimes the music was a little on the loud side.

Finally there was the acting. The actors were phenomenal, how they kept their energy up for the two parts was unbelievable. The star of the show in my opinion was the actor who played Scorpius. He was amazingly talented and his energy was electric. I think the actors who played Harry, Ron and Hermione were excellent, as they had hard acts to follow from the three actors we know so well from the films. Ron in particular was my favourite, he was just as fun and as happy as he always was and I am happy that did not change.

All in all I loved the play even though I still can not get used to the storyline, it was an amazing day and I can not recommend it enough.

I also visited a new book store during the gap between the two parts. I went to Foyle’s bookshop and I loved it! Sadly I did not buy anything from there as I did not want to be carrying lots of books in to the theatre but I had a good explore. I really loved the layout so open and brightly lit, and the sheet music selection was incredible! I was completely overwhelmed but I desperately want to go back (another trip to London in the planning I think).

Sunday was a relaxing day exploring The Natural History Museum and I might have bought a T-Rex toy wearing a Christmas jumper because dinosaurs are awesome and even better in Christmas jumpers. 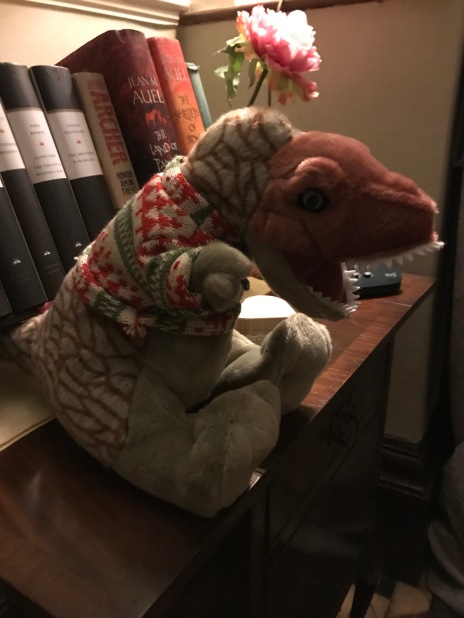 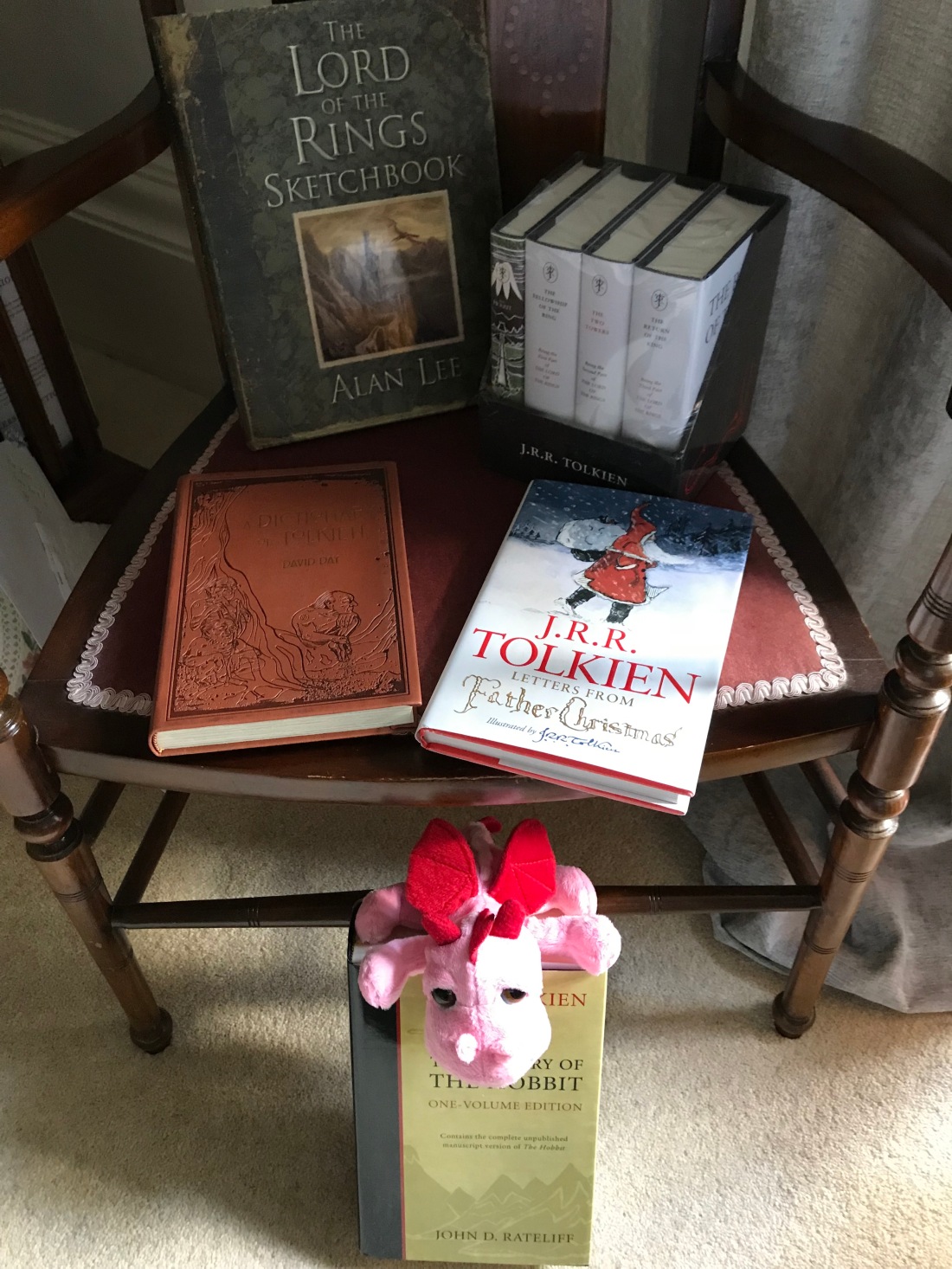 Last week was my birthday and I was very happy to have a good book haul in presents. So I thought I would share my book pile. I had loads of Tolkien always a favourite of mine and the complete works of Jane Austen in the Folio Society editions. I also had the limited edition of Cinderella and Sleeping Beauty done by the Folio Society, it is so beautiful I have not opened it yet, as I am so scared of marking it. I love the Folio Society editions but can rarely afford them so it is wonderful when I get them as presents and I have never had a limited edition before so that is a real treasure.

Anyway here are a few snaps of my new book pile. 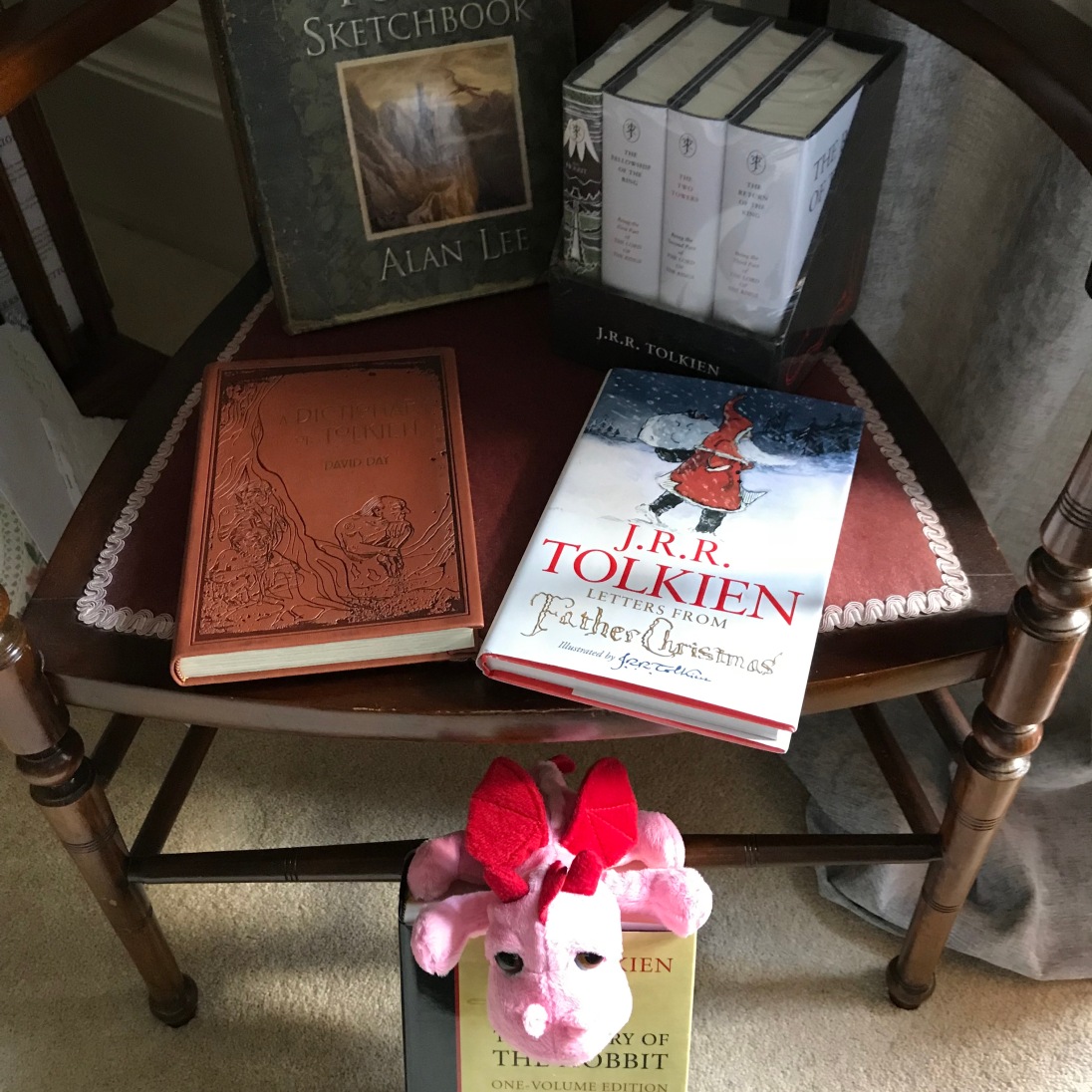 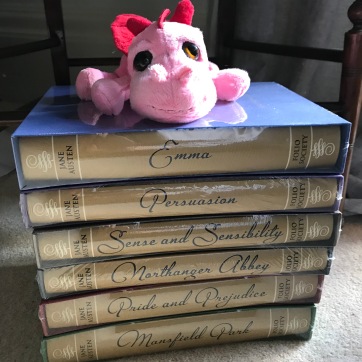 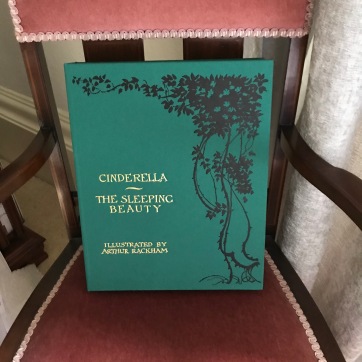 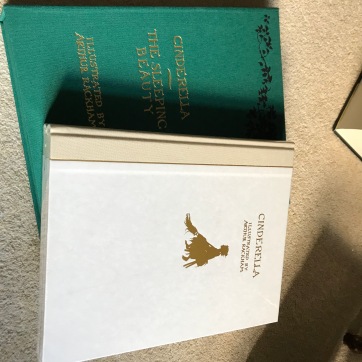