The Endgame by Jeffrey Archer 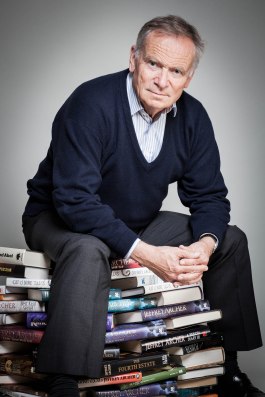 Taken from To Cut a Long Story Short, Jeffrey Archer’s fourth collection of short stories, The Endgame is an irresistible, witty and ingenious short read.

After he becomes a widower, wealthy Cornelius Barrington decides to test the loyalty of his family and friends to himself, or his money, by declaring himself bankrupt, enlisting the help of his old friend and trusted lawyer, Frank Vintcent, to make the ruse authentic. Soon though, Barrington is left pondering whether blood really is thicker than water . . .

Today I had a very gap filled day teaching so I thought I would read a short story in the little gaps. This made a nice change from the recent short stories by Jeffrey Archer that I have read as the recent ones have all involved men dropping everything to run after a young pretty woman.

This is a beautiful little story where the main character Cornelius needs to rewrite his will but first he wants to see who deserves his wealth. Cornelius has always suspected that certain members of his family and friends prefer his money rather than himself, so he decided to put his theory to the test.

When Cornelius pretends to be made bankrupt he watches his family and friends reactions to what has happened and finds out who his true friends are. As the story develops it is interesting to see Cornelius’ plan unfold and how each member of his family reacts and how his friends react.

This story shows how money can make people react differently, even act like crazy people and yet there are people out there who money does not touch and who remain true. I really enjoyed reading this short story and I was upset when it ended as I did not want it to end but for the story to develop further. Considering it is a short story there is a lot of content within it and there is never a dull moment. It just shows Archer’s talent as a writer to make a story work so well in such a small space of time. I gave this story 5 Dragons out of 5 Dragons.

To buy the complete book of short stories from Waterstones please click here.

As I have mentioned in previous posts, I do enjoy a good short story and have been reading the free Jeffrey Archer short stories on Kindle. Well after a bit of research I discovered they are all in a book and so I bought the book. As much as I love my Kindle, I only really use it when out and about, otherwise I much prefer a real life book. 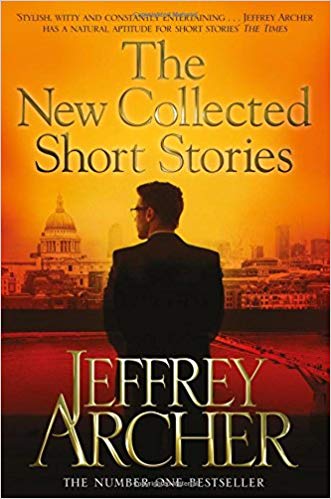 I will continue to review the individual short stories but I now will be reading them on both formats, I’ve also noticed there are short stories in the book that are not on the Kindle, which makes me very happy.

Caste – Off by Jeffrey Archer 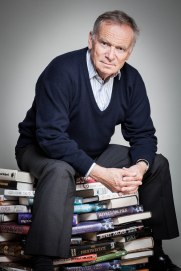 Jamwal Rameshwar Singh, a hedonistic playboy prince, assumes he will never fall in love but this all changes when he meets Nisha Chowdhury. Their blossoming international relationship continues as she completes her degree at Stanford but even as their love grows, Jamwal knows that his family will oppose the match as Nisha is not of their caste. Will Jamwal choose love or will his family’s wishes prevail?

After reading a few of these short stories I am starting to sense a theme, basically a man sees a beautiful woman and drops absolutely everything to chase her. I picked up this short story over breakfast and soon had it finished and it was a perfect start to the working day.

A classic tale of forbidden love that I absolutely loved. Archer set the book in India which I did not expect at all and was a nice surprise, I particularly liked the random cows on the road during the car race at the beginning. Jamwal is a typical playboy with a phonebook full of women he can call on whenever he feels like but very hard working and a successful businessman. Nisha is a Stanford student studying fashion, who is the most beautiful woman Jamwal has ever seen and guess what when he first sees her he drops all his plans in pursuit of her.

The story is beautifully written and the imagery and detail is fantastic. I loved how Jamwal’s and Nisha’s blossoming relationship is squeezed into the short story and yet it does not feel rushed or in anyway lacking, which proves Archer’s talent as an author. The question of whether Jamwal will choose his family or the love of his life has you on tenter hooks and there was no way I was putting the story down until I had finished the book.

This story took about 20 minutes to read, so an excellent read when you have a bit of time for a mug of tea and your feet up. It is free on Kindle and a wonderful read I can not recommend it enough. I rated this story 5 out of 5 Dragons.