I love preordering books as they are such a nice surprise when they turn up on your doorstep and this year because I haven’t been able to visit many bookshops I’ve mainly been preordering all my books. 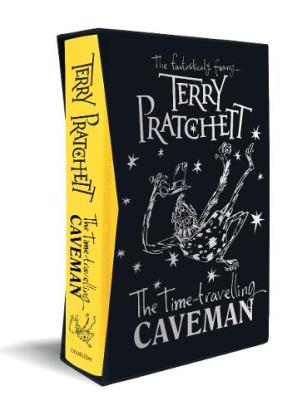 A brand new collection of short stories from the incredible Sir Terry Pratchett. This deluxe collector’s edition comes in a beautiful slipcase, and includes an extra short story (the brilliant tale of The Bed Scratcher!), an exclusive colour print . . . and an unique number assigned to your book!!

Imagination is an amazing thing.

It can take you to the top of the highest mountain, or down to the bottom of the deepest depths of the sea.

This is where it took Doggins on his Awfully Big Adventure: a quest full of magic and flying machines. (And the world’s best joke – trust me, it’s hilarious.)

It took three young inventors to the moon (where they may or may not have left a bottle of lemonade) and a caveman on a trip to the dentist.

You can join them on these adventures, and many more, in this incredible collection of stories . . .

From the greatest imagination there ever was.

Written for local newspapers when Terry Pratchett was a young lad, these never previously published stories are packed full of anarchic humour and wonderful wit.

I am so excited about this – anything Terry Pratchett and I must read it. 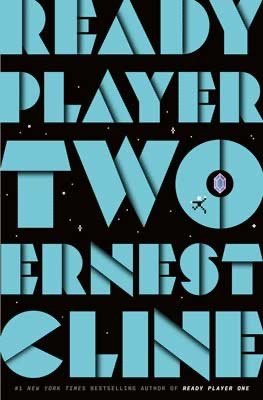 Absolutely loved book one and I am so pleased there is going to be a sequel. I just hope I am not going to be disappointed. 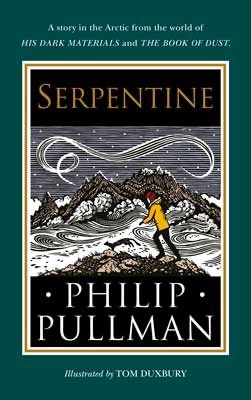 Lyra Silvertongue and her daemon Pantalaimon have left the events of His Dark Materials behind. Here in this snapshot of their forever-changed lives they return to the North to revisit an old friend where we will learn that things are not exactly as they seem.

I will be honest this is actually for my husband as I’ve never really got on with Philip Pullman but I might give this one a try. 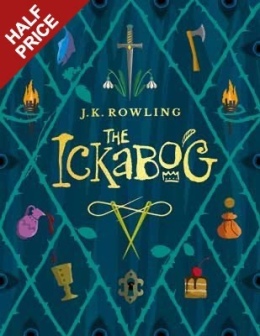 The Ickabog is coming… A mythical monster, a kingdom in peril, an adventure that will test two children’s bravery to the limit. Discover a brilliantly original fairy tale about the power of hope and friendship to triumph against all odds, from one of the world’s best storytellers.

The kingdom of Cornucopia was once the happiest in the world. It had plenty of gold, a king with the finest moustaches you could possibly imagine, and butchers, bakers and cheesemongers whose exquisite foods made a person dance with delight when they ate them.

Everything was perfect – except for the misty Marshlands to the north which, according to legend, were home to the monstrous Ickabog. Anyone sensible knew that the Ickabog was just a myth, to scare children into behaving. But the funny thing about myths is that sometimes they take on a life of their own.

Could a myth unseat a beloved king? Could a myth bring a once happy country to its knees? Could a myth thrust two children into an adventure they didn’t ask for and never expected?

If you’re feeling brave, step into the pages of this book to find out…

This was preordered as soon as I heard about it and I can’t wait to read it. 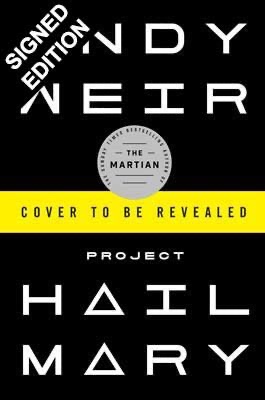 Ryland Grace is the sole survivor on a desperate, last-chance mission–and if he fails, humanity and the earth itself will perish.

Except that right now, he doesn’t know that. He can’t even remember his own name, let alone the nature of his assignment or how to complete it.

All he knows is that he’s been asleep for a very, very long time. And he’s just been awakened to find himself millions of miles from home, with nothing but two corpses for company.

His crewmates dead, his memories fuzzily returning, he realizes that an impossible task now confronts him. Alone on this tiny ship that’s been cobbled together by every government and space agency on the planet and hurled into the depths of space, it’s up to him to conquer an extinction-level threat to our species.

And thanks to an unexpected ally, he just might have a chance.

I loved The Martian and adored Weir’s style of writing so even though this isn’t out till next year I had to preorder it so I will get it the day it comes out.

So there is my list of books that I simply can’t wait to get ahold of. Are there any books that you are excited about? Please drop me a comment for a bookish chat.

One thought on “Books I’m Excited About #3”